This fowler was made by Massachusetts gunsmith Seth Johnson, for Bezaleel Taft of Uxbridge.  Taft is documented to have responded to the Lexington alarm on April 19, 1775, and attained the rank of Captain serving in the Continental Army.  This gun was found in a barn by the owner's father, and had a substantial break in the wrist with multiple previous repairs.  A portion of the upper forestock was missing, with the front thimble loose on the steel ramrod.  The triggerguard finial was likely lost when the wrist broke.

After discussing the historical value with the owner, we decided to repair the wrist and forestock, along with many small cracks, but leave the gun with its "well worn" appearance.  The wrist repair was complicated by the fact that the cherry stock had substantially distorted in the decades since its break, and the two "halves" did not simply realign as with more recent cracks.  The guard finial was modeled after surviving pieces by Johnson, and then aged to match the existing hardware.

This fowler has many unusual features for a New England piece, such as sturdy English stock shaping complete with a swell around the entry thimble, and a relatively short barrel at 46" long.  The guard and lock are typical of Worcester area French-influenced style, though the swivel lug is an unusual feature.  The buttplate is formed of sheet brass, while the unusual sideplate is sand cast.

Please Note:  The before and after photos were taken with different cameras and lighting, and therefore show different coloration in the stock and brass hardware, the gun was not cleaned. 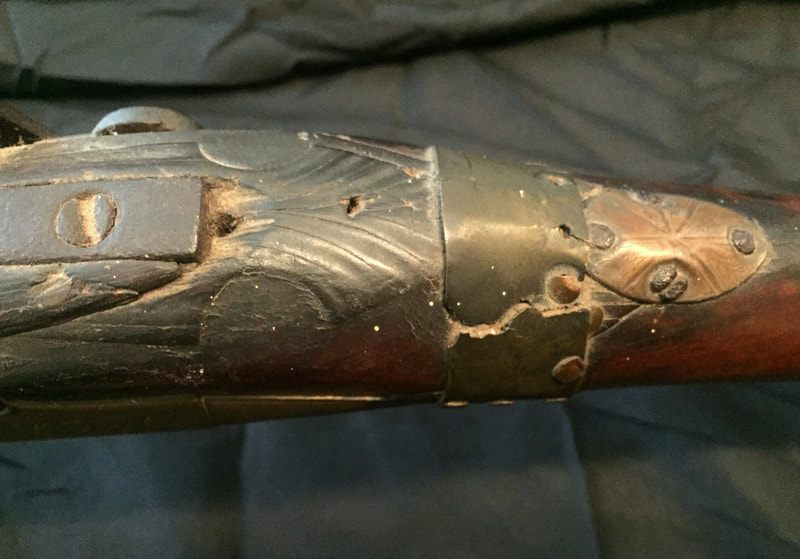 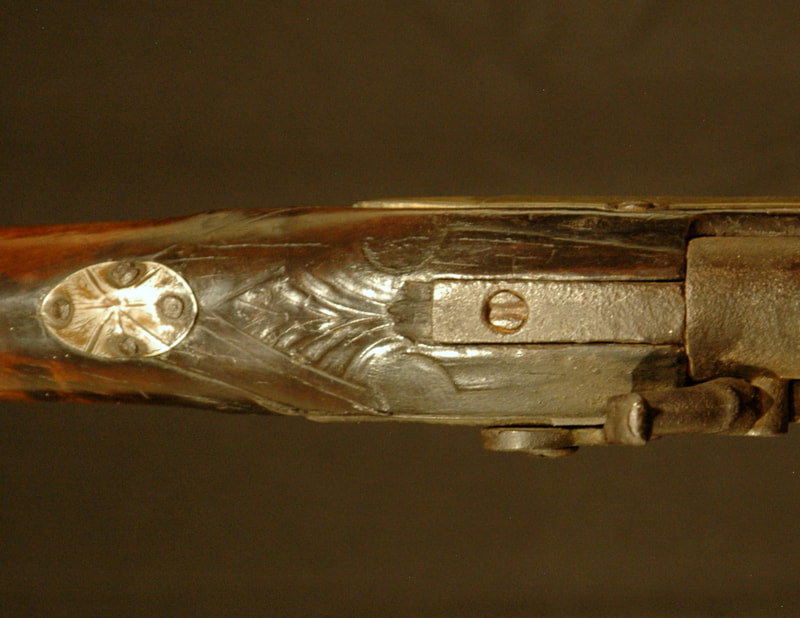 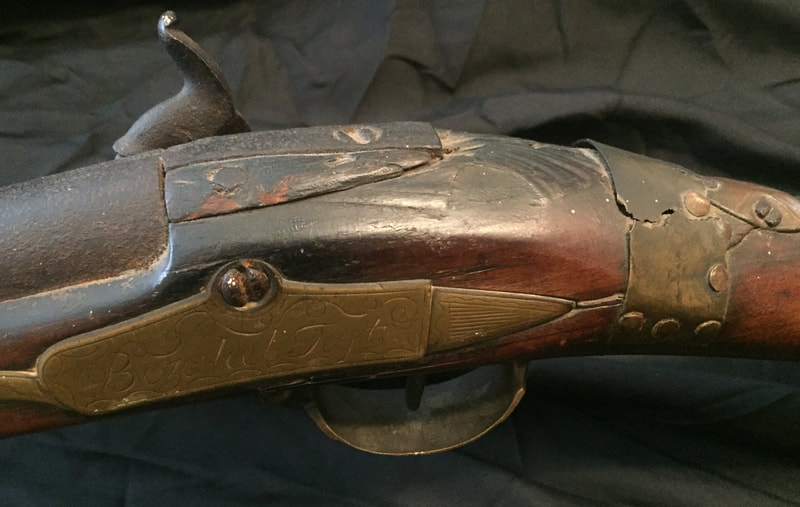 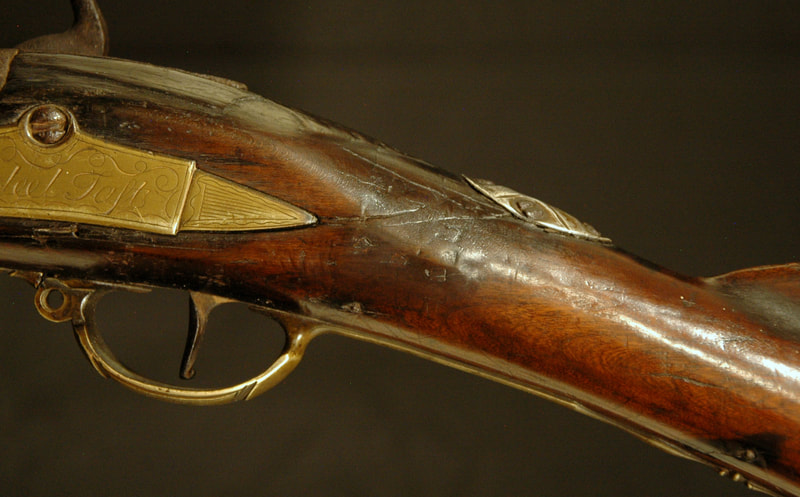 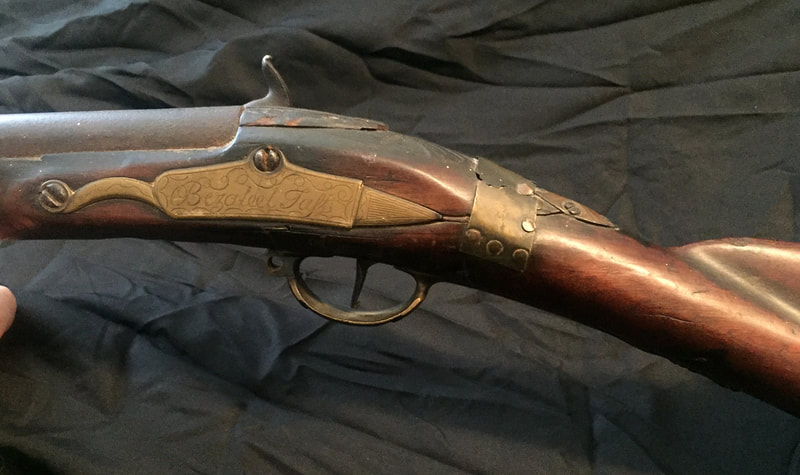 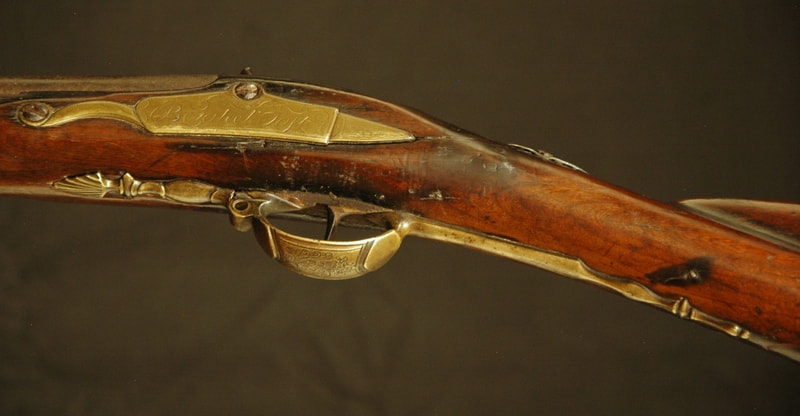 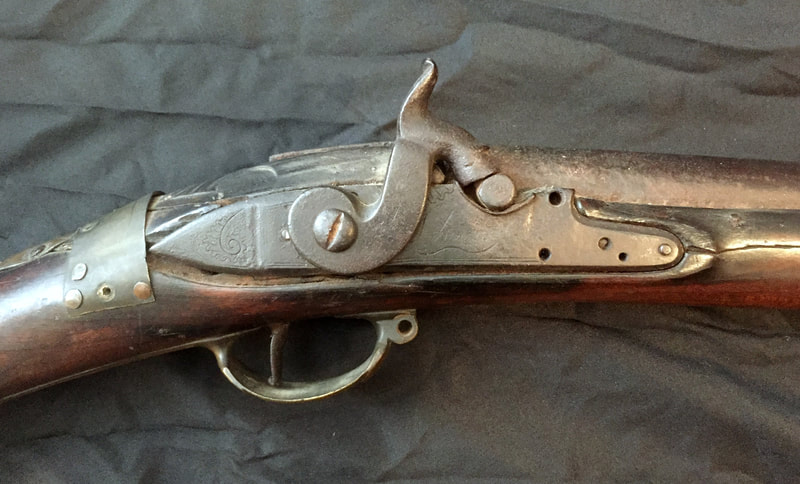 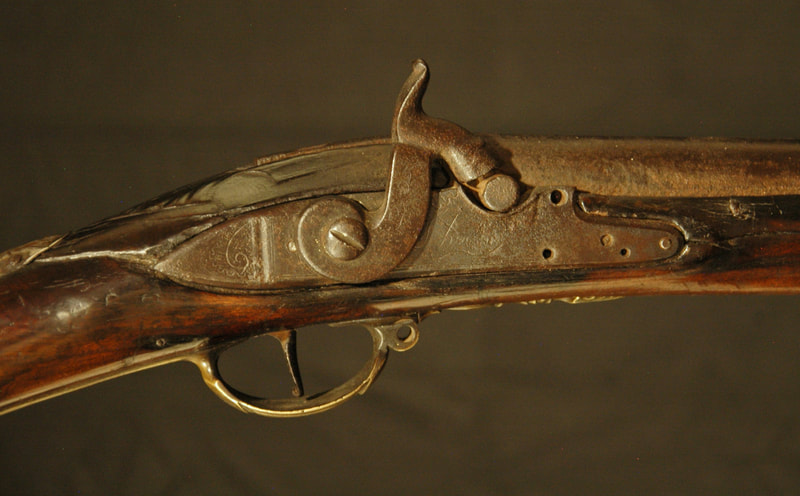 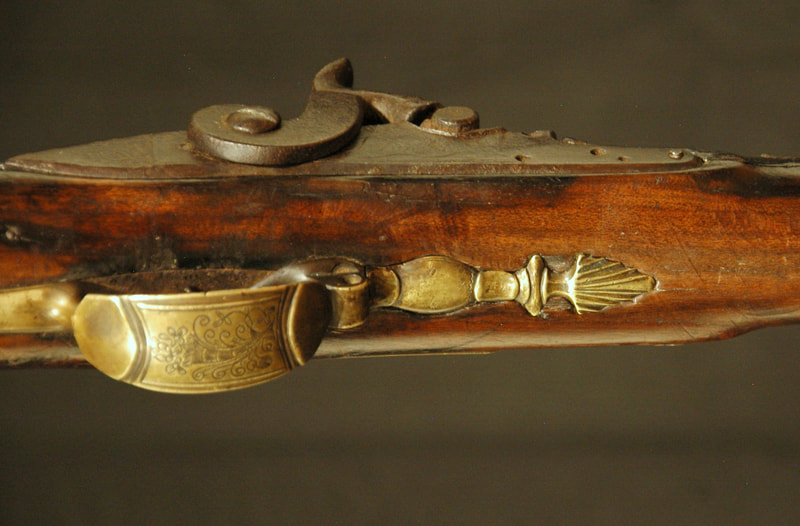 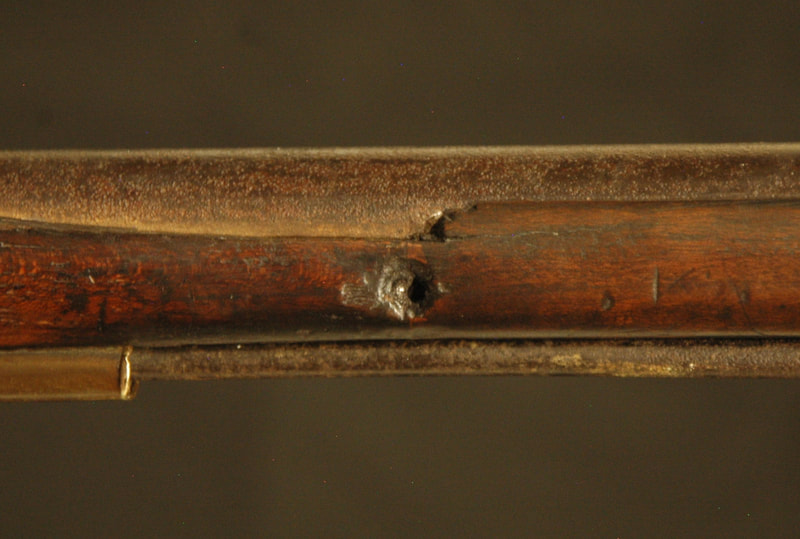 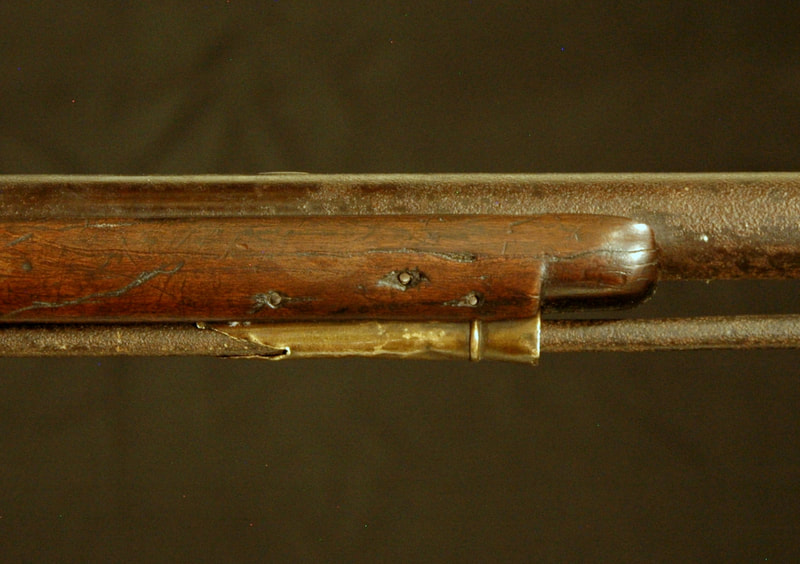