This fowler was likely made ca 1770-1780 in central Massachusetts, with architecture typical of gunsmiths of the Connecticut River Valley.  Marked "J. Dole, 1801" on the wrist escutcheon, the overall shape and carving suggests an earlier manufacture of the piece.  The stock is cherry, classically shaped in the French style, with a 46" smoothbore octagon to round barrel.  All of the hardware except for the buttplate appears to have been reused from a 1740s French trade gun.  An iron ramrod is an unusual feature, as is the pierced sideplate and barrel engraving, all from the earlier gun.  While the loose design of the tang carving is similar to other New England fowlers, the execution is a-typical.   The original Flintlock, marked St. Ettienne, was converted to percussion in the 19th century.

This piece is what collectors describe as "In the black" or "attic condition", as it hasn't been cleaned or tinkered with since it was put away 150 years ago.  The wrist break will stabilized (with iron screws left in place), and some cracks in the upper forestock will be repaired. 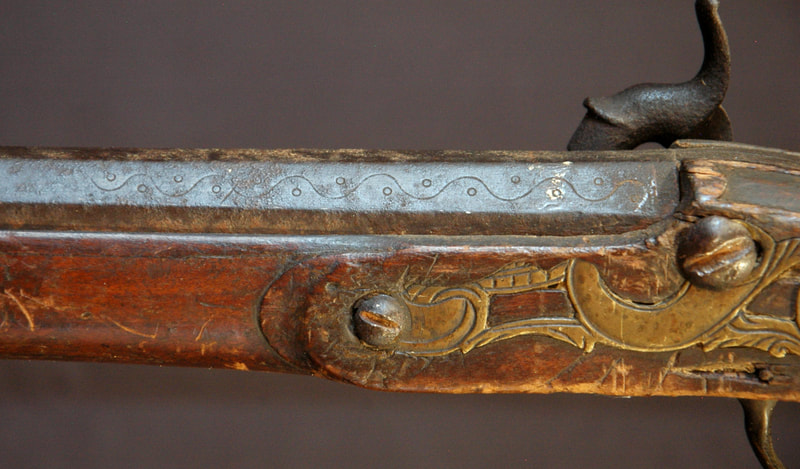 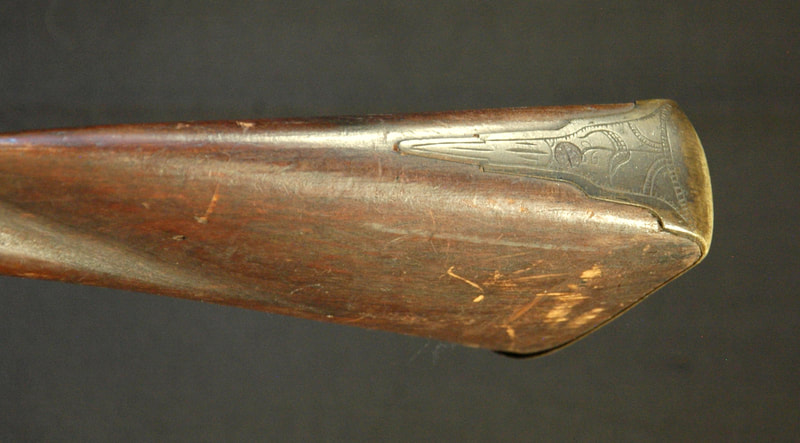 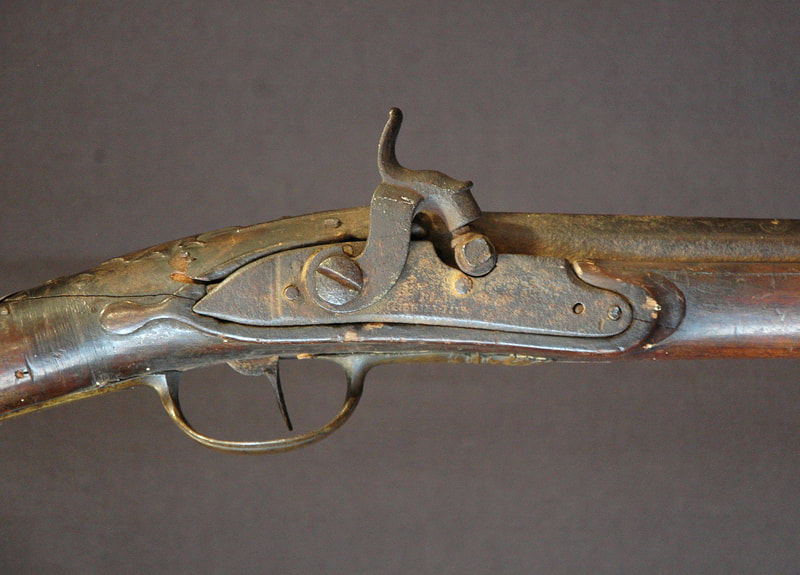 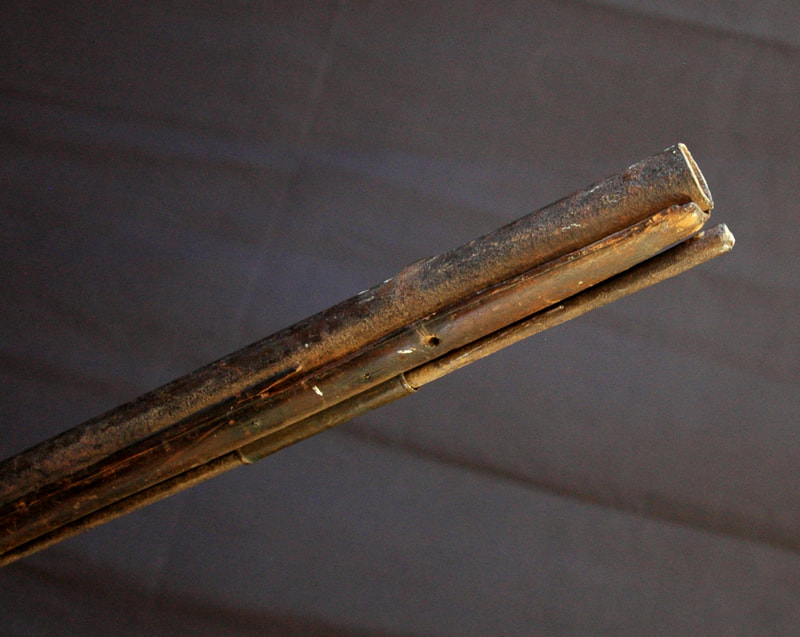 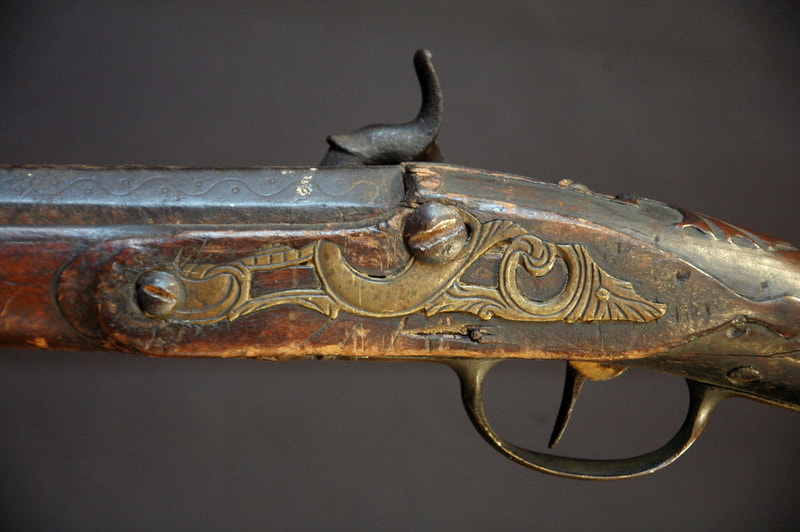 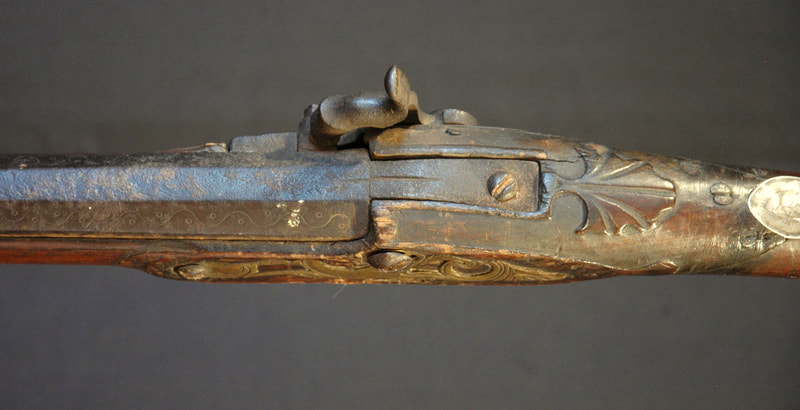 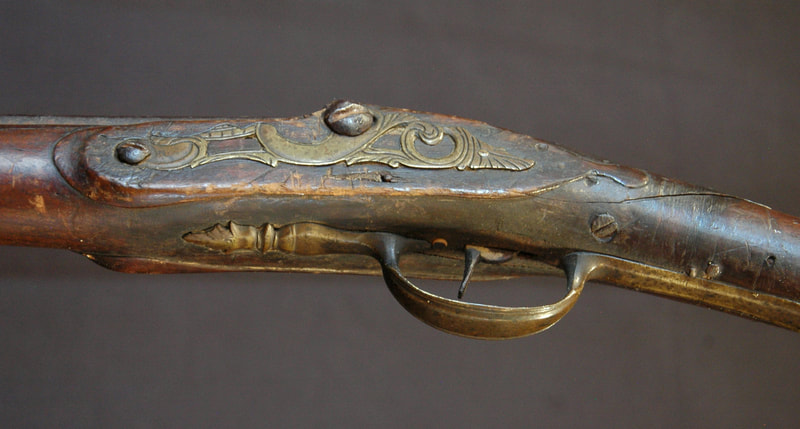 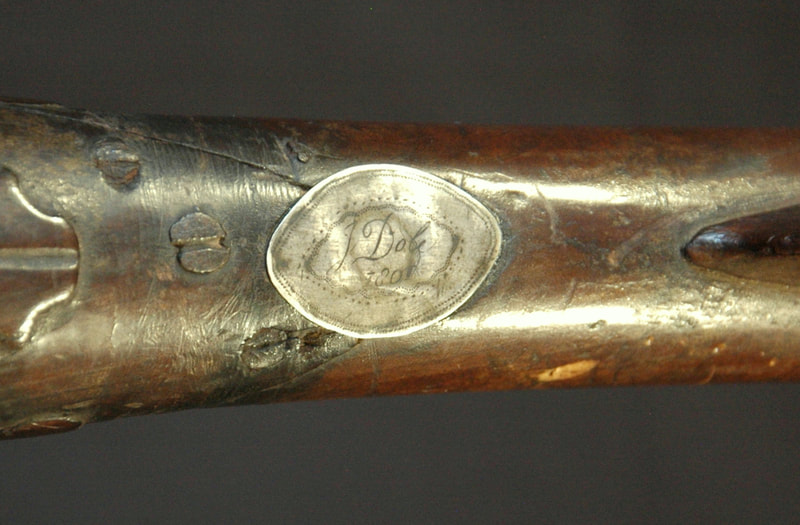